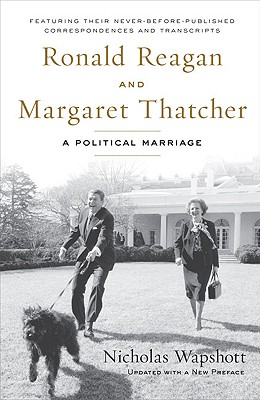 New details of the remarkable relationship between two leaders who teamed up to change history.
It's well known that Ronald Reagan and Margaret Thatcher were close allies and kindred political spirits. During their eight overlapping years as U.S. president and UK prime minister, they stood united for free markets, low taxes, and a strong defense against communism. But just how close they really were will surprise you.
Nicholas Wapshott finds that the Reagan-Thatcher relationship was much deeper than an alliance of mutual interests. Drawing on extensive interviews and hundreds of recently declassified private letters and telephone calls, he depicts a more complex, intimate, and occasionally combative relationship than has previously been revealed.